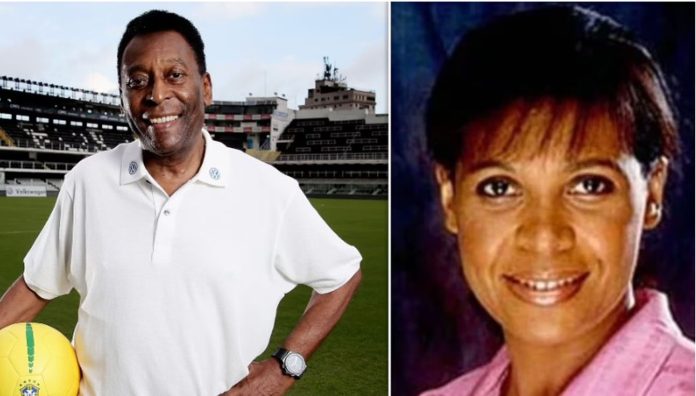 As the death of the former Brazilian legend has stricken the whole world including the world football fraternity, his demise does not seem to deplete anytime soon since news emanating from his will left behind is making rounds on social media platforms and other settings.

The football star in his youthful stages, decided to live his own private life barring any unnecessary interference from the people of the world who might only try to cause unwanted bickering in his family that could easily breakdown his football career.

There was a certain girl who was born by then when the ex football player was active in the football arena as countless women were sharing showers of praises and expressing their admiration to his because of his high level of dexterity and talents exhibited.

Shockingly after his recent death, the news has emerged about his will he left behind. Sandra Regina, who was denied by Pele as his biological daughter after allegedly impregnating her mother after he had an affair with the woman who was working for him as his janitor in the apartment he was occupying by then.

Through the purported secret affair, it came out fruitful where Sandra Regina was born in 1964 but she died seventeen years ago. Amongst all the seven children of the former Brazilian legend Pele, 13 million dollars had been given to the daughter he denied sometimes ago. But since the woman had passed away, the will left behind by Pele would be given to the two sons left behind by the departed woman.

The two sons who have become the beneficiaries of the 13 million dollars for Pele’s will he left behind for the daughter he denied as having been the father some years back, her children have now become the ones to benefit from the toils of the Brazilian legend. Her two sons only saw their grandfather laying down on his sick bed in the hospital since they were born.

At the time Pele was active in football, he employed one cleaner with the name Ansio Machado, who he quietly slept with and later exonerated himself from the alleged case but he refused to admit that he committed the act for fear of being ridiculed for sleeping with his domestic servant. But unexpectedly, there was a DNA test in 1991 during court ruling proved he was the one after his estate had been estimated at a valued cost and amounts of 13 million dollars.