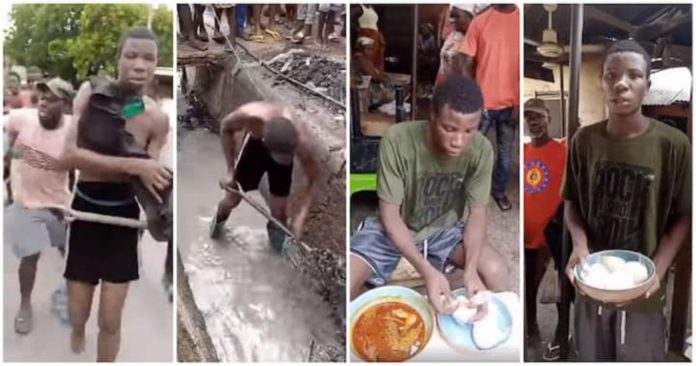 They demonstrated him their benevolence by feeding him adequately so that he could get the strength to work effectively. After his arrest, he was severely beaten by some people in the area before he was made to clean up the drains after eating a heavy bowl of food meant for seven people in one family.

The manner in which he swallowed the food, beat the imagination of people in the area because he ate the food gluttonously. Many have applauded the people in the community for not killing him with a mob instant justice but others blamed them for hyping the whole incident.

In this contemporary world, the youth do not want to work again but they are looking for money to show class in public without accounting for their gotten wealth.