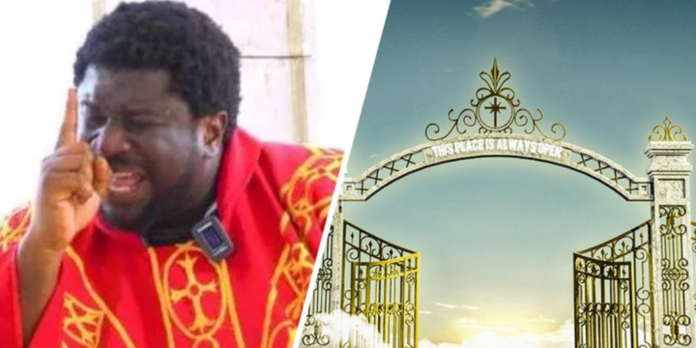 One of Ghana’s Controversial prophet, Bishop Kwabena Asiamah popularly known as Ajagurajah has once again made another shocking revelation on Heaven. 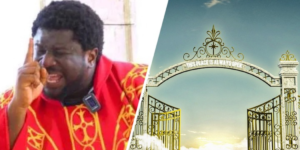 The man of God, Ajagurajah is known for making certain statements which goes contrary to what is written in the Bible. According to the man of God he works with an Angel called Ajagurajah and he gets all these information from the Angel.

Bishop Asiamah stated that, the prime goal of every Christian is to go to heaven and he can boldly say that There is nothing like Heaven where Christians will go when they die.

According to him the concept of Heaven is a story to deceive people and brainwash them from living a good life on earth.

Bishop Asiamah however stated that, yes there is spiritual place called heaven where it is occupied by God, Gods, Demi Gods, Angels and other heavenly bodies hence no Human being born out of man will make it to Heaven.