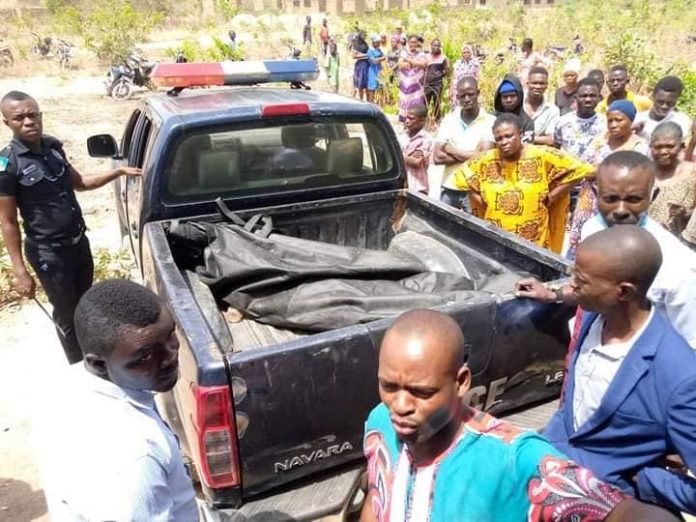 A lifeless body of a fifty eight years old man, has been found in a bush in the Wa area under suspicion that, he was one of the people murdered in cold blood by some nefarious serial killers in the Wa who have taken over the entire community as their own property.

When the lifeless body of the said fifty eight years old man was discovered, some parts of his soul-less body decomposed and stench and foul smells inundated and overwhelmed the officers who found his decaying body which was secretly entombed beneath the earth.

The Wa community too, has become a ghost town nowadays since the community members have been living in fear and pandemonium as cases of murder continue to overwhelm the residents living in the community.

The police officers who have vowed to bring such heinous activity undertakers to book, have taken up this whole thought provoking incidents happening in the Upper West region as the security forces in the region are toothless bulldog puppies.

But the police officers in the region, have decided to mount surveillance on such deadly individuals since Christmas is fast approaching so that peace and tranquility could be guaranteed to the entire cause of those living in that hinter geographic location of the republic of Ghana.

Ghana has been touted as a beacon of peace and security in Africa but fast deteriorating situation drowning the stability of the country, must not be entertained at all because of the connectivity of the sense of urgency needed by the matter.

The officers in the Wa area, are currently investigating this ghastly incident as well where the lifeless body of a certain 58 year old man was left to rot completely in the bush after he was cruelly slaughtered like a sheep that is led to the master for slaughter.

This mentally disturbing phenomena, would persist in the minds of Ghanaian people who are staying down their since Accra has nothing to offer in terms of vote buying and rigging if it happens that majority of the people in the country could be more than expected eyewitnesses who have various places of Ghanaian people since they concluded that the Cardinal part of their incident involving the unknown assailants who have descended heavily on some stag affinity stages but, to avoid being slain by the enemies of the country, they have mounted surveillance on their movements in the community.
Source: www.ghbuzznews.com