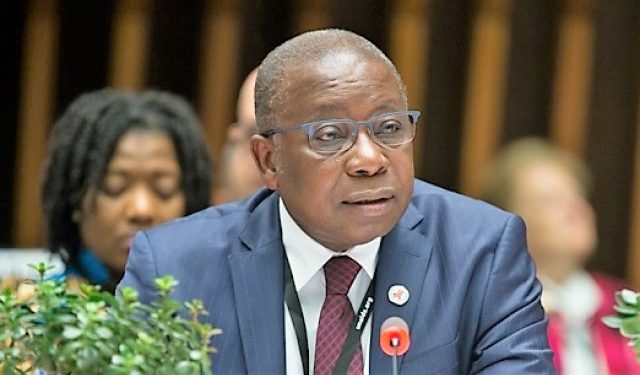 The health minister, Kwaku Agyemang-Manu has refuted claims that the monies that Ghana received during the heat of the COVID-19 pandemic were mishandled.

In short, he claimed that the monies the government got have been directed into the construction of health facilities.

He made this known when he was speaking to journalists when he was inspecting one of such facilities, the Sawua Infectious Disease Centre sited in the Bosomtwe District of the Ashanti Region.

In his submission, he said;

“There are twelve of these now…’Nana Addo has received so much but we don’t know how the monies were spent’…These are some of the tangibles we have commissioned. So Nana Addo’s works are now being manifested and we’ll see a lot more going forward.

Ghanaians will be amazed at whatever money they have claimed Nana Addo has borrowed and yet hasn’t done anything. That is propaganda. But while this is coming up, you will see what is there.”

In case the infection continues or future epidemics we will have facilities well distributed across the country. So this is one of such facilities”.