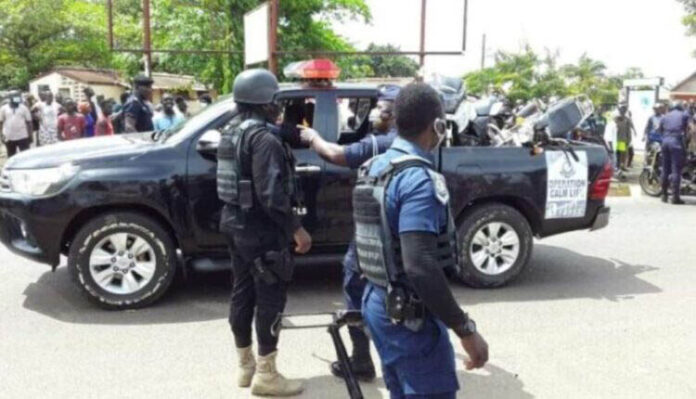 2 suspected armed robbers have been killed in a gun battle with the Police on the Kintampo-Buipe-Tamale Highway.

Four others were also arrested and detained. They are Saaju Bukari, Bertor Saabi, Ali Amadu and Isaad Seidu.

A press release signed by Assistant Commissioner of Police (ACP) Samuel Kwesi Ofori, Acting Director-General of the Public Affairs Department, said the six were allegedly involved in some robberies and murder cases along the Highway.

“The two, Hamidu Umaru and Haadu, were killed after some gun exchanges with the Police Intelligence and Operational teams,” the release said.

Some suspected stolen items retrieved included mobile phones and motorbikes, it added.
“Preliminary investigations suggest that these suspects are behind many robberies, including the killing of international journalist days some ago,” the release said.

It said the Police Administration had instituted some rigorous measures to effectively combat serious crimes that had plagued the area over the past few years, adding that similar intelligence-led operations had been employed in other regions.

It asked the public to collaborate with the Police by providing credible information on suspected criminals for swift and immediate action.

“Policing is a shared responsibility. Therefore, we entreat everyone to get involved for a safer and peaceful society,” the press release said.