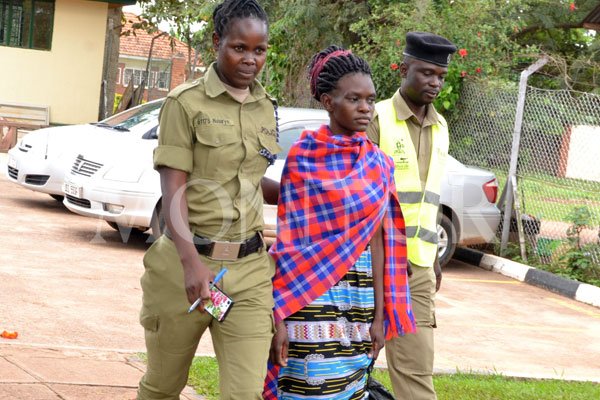 There are different kinds of people who have married while waiting upon for the fruits of the womb but due to one reason or the other, they are not receiving them at the moment but other people have received theirs but they do not appreciate what has been given to them.

That is the case of some women in various parts of the world due to the strong hearted of their nature.

Nowadays, it is common for you to see parents maltreating their own children because, some of them do not like the appearance of the child with the sense that, the kind of beauty that they want to see on the faces of their children, is completely missing and thus, they can not behold what the child brings out from birth.

That is the case involving one Dorothy Nabulime, a twenty two years old mother, who took heavily, the advantages of the vulnerability of her own two years old child after subjecting the child through different kinds of inhumane treatments in Uganda.

The Uganda magistrate court, has now found her to be guilty of abuse and violation of her child’s fundamental human rights contrary to the laws of the country.

She has therefore been jailed for eighteen months on her own pleas after pleading guilty to all the charges levelled against her.

Madam Dorothy Nabulime, a young lady who is just twenty two years old, could not hold back her tears when she was finally whisked away by the police officers after the proclamation of the magistrates court ruling.

She has therefore, been sentenced to serve in prison, at least eighteen months to let her know that, even if she suffers before giving birth to a child, it does not mean she must maltreat that child since the baby has become an asset to the state.

There are those after giving birth to their children, think that whatever they might go through before having such children, they have any right to do whatever pleases them against that baby without thinking twice that, that child does not belong to them alone but also an asset to the country of their origin as well.