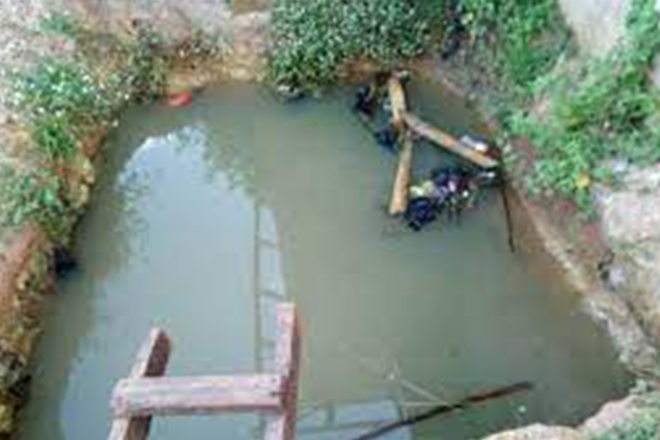 A six (6) year-old boy has drowned in an abandoned manhole pit.

The sad incident happened at Bonsu Nkwanta in the Juaboso District of the Western North Region.

The disheartening incident happened on Wednesday, September 1, around 4 pm in the evening.

According to an eyewitness account, the deceased whose name is yet to be known was playing with his friends of the same age around the pit.

Unfortunately, a ball they were playing with fell into the pit which compelled the six-year-old boy to get into it but was unable to climb back to the top again which led him to drown in the pit.

As his colleagues realized their friend was battling to survive they shouted for help and as people got to the scene the little boy has sadly passed away.

The body of the deceased has been conveyed and deposited at Juaboso Gov’t Hospital for autopsy and preservation.

Investigation is ongoing by Juaboso Police on the actual cause of the incident.