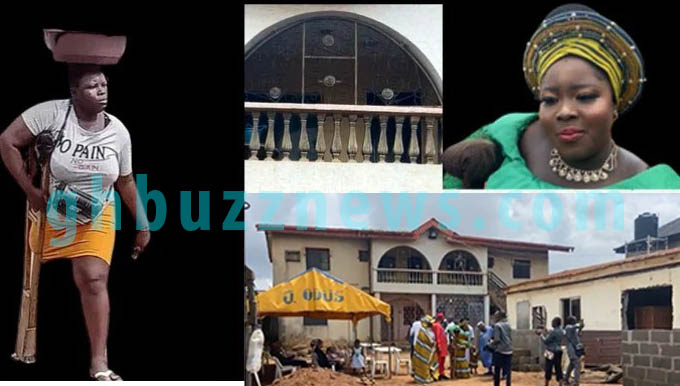 Her story came to national limelight earlier last April when she told the media how her ambition of becoming a lawyer was cut short due to an accident she had in 2006. She was the only surviving passenger on the bus.

Or so she claimed, until her bubble burst and the untruth of her story was blown open by those who knew her authentic story.

On Saturday, she held a housewarming ceremony in Igando area of Lagos State, while she also disclosed her ambition to build a sachet water bagging factory.

The feat, she said, was made possible through the N25m donations she got from members of the public.

Below are pictures of the house