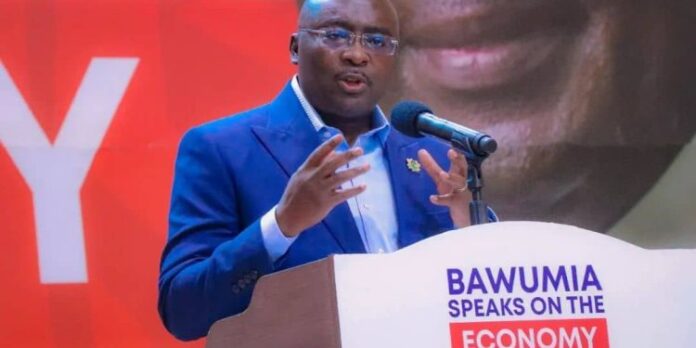 The vice president of the Republic of Ghana, Dr. Mahamudu Bawumia, conspicuously swerved from the ongoing raging debates pertaining to the passage of the embattled e-levy when he took his turn to address issues relating to the economic meltdown in the country.

The vice president, who intentionally maneuvered matters concerning the levy because, he previous spoke against any attempt by government to tax users of mobile money or momo with the sense that, those who use the service, are already impoverished and by so doing, taxing them would amount to nothing but starving them financially to become poorer.

READ ALSO>>>> The Pockets Of Ghanaians Are Like Industries – Nana Addo.

Many are raising red flags over whether he actually studied economics before because, from the looks of things, there is no tangible evidence to point out that, such an individual is an economic wizard. Ghanaians have lashed him out for doing nothing to restore the debilitating economy.

The issue arises as to whether it is an application of knowledge or mental laziness because, one wonders why an adult would learn alright but to practise what had been learnt would become a headache.