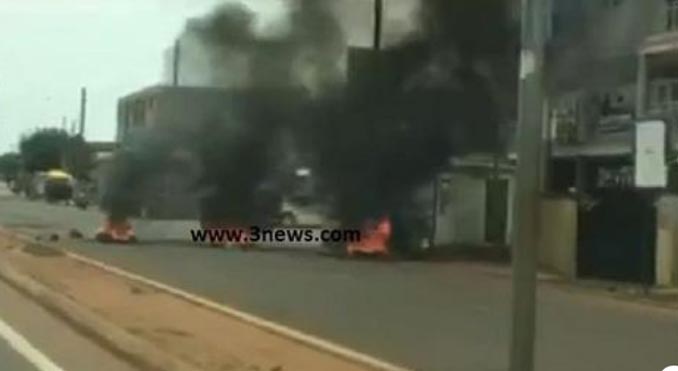 The Nkoranza Traditional Council, has allayed the fears of people shunning away from the town after the brutal murder of a youth activist in the area.

According to the Traditional Council, since the killing of their relative erupted, they could not have the throats to drink water into them because, the community members have been on their necks to bring the killers of one of their own to book.

The traditional authorities in the town are urging everyone to go about his or her normal duties as an easy calm has been restored in the community. Though the traditional leaders have assured the local dwellers to stay in the community, some people are still not convinced to abide by such a nerve calming assurance.

The police officers in the town were accused of killing Albert Donkor, a youth activist in the area who was cruelly murdered under bizarre circumstances. Since his untimely death, the community youth have been on the look out for those involved in the slaughtering of their relative. They are therefore, blaming the police authorities for terminating the life of the young soul.

Still no single person has been arrested for been the who killed the guy in the town because, the officers in charge of the case are dragging their feet. It happened that one Rev. Father who belongs to the Catholic Church, threatened to invoke the spirit of a deity on the police administration if the murderers of Albert Donkor are not found and prosecuted.