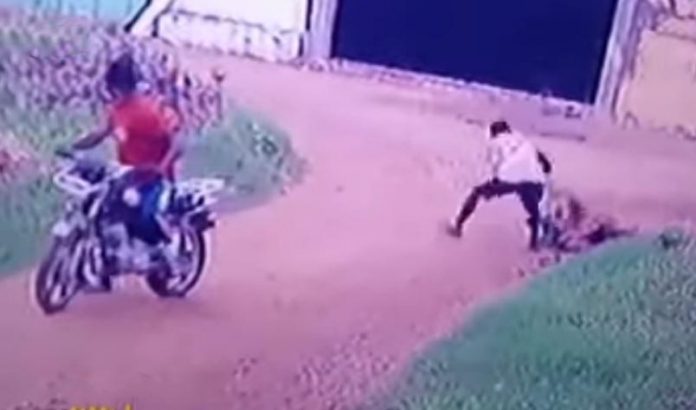 The alarming rate at which armed robbery has taken the stage of Ghana, needs much to be desired.

It is common even in the full glare of some security officers for thieves to terrorise you with an impunity because they have the notion at the back of their mind that, such recalcitrant elements are their cohorts and for that matter, they have the impetus to unleash mayhem on any part of your body in case you raise alarm against their operation.

Many criminal gangs have been caught red handed with proven facts but yet still, our judges and criminal investigation department could tell you in the face that, such proofs are not evidential enough amounting to prosecution of any alleged crime suspect.

Some notorious hoodlums in the Dansoman vicinity in the national capital of Ghana, Accra, have decided these days to undertake day time robbery without being caught up during the process or aftermath.

Such suspicious elements, have motorbikes that are registered trademarks which can easily track down and clamp them down but nothing or little is being done to curbing the activities of those individuals for peace and tranquility to prevail.

Residents have lodged countless complaints to police officers at various stations against the increasing rate at which they are under heinous attacks due to the cruel manner in which thieves have completely taken charge of the while area. It is common to see these notorious gangs on their motorbikes riding early and late hours in pursuit of their planned activities by snatching bags, expensive mobile phones and in some instances, you are ordered under austere measure to hand over your car keys to them without any further questions else, you could be shot dead instantly.

The people they usually target are the women who they think always carry huge sum of money because, Dansoman is adjacent to Mallam and Kaneshie markets respectively. So, because of the presumption that, such women may either be going to any of the two markets named above or might be returning from the markets after daily sales of goods or services rendered to their various clients.

The women are currently lamenting over the criminal injustices in the community due to the inability of the security officials to bring such criminals and their irresponsible activities under control.