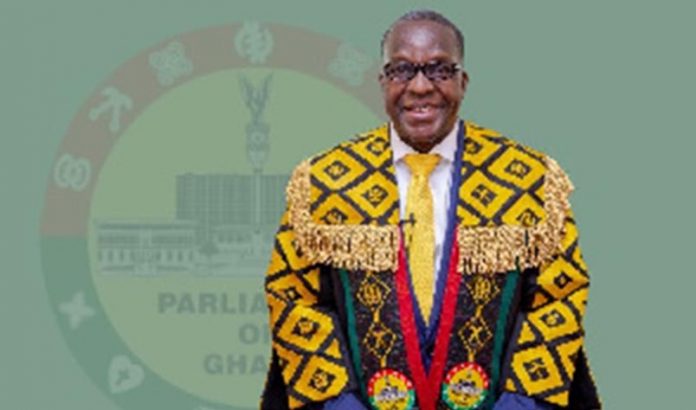 The speaker of Ghana’s Parliament, Rt Hon. Alban Bagbin, has given a strongly recommended counsels to the members of parliament and staff to declaring their assets faithful to avoid every form of suspicion on how their acquire their wealth.

According to the speaker, it is time for all the public servants most portentously, the house of parliamentary affairs staff, declare every personal belongings credited in their names because, leadership by an example.

The speaker stated that, those who will not comply by his directive, will be sanctioned as a caution to other members. He further gave reasons that, the eyes of the general public are eagerly fixed at them just to be monitoring closely how they conduct themselves in terms of wealth acquisition therefore, let us clear every doubt in the minds of those out there that we acquire our wealth genuinely because we are role models to many people who are emulating to become some of us in the near future.

The speaker concluded his remarks by saying that, those who want to be in his good book, such as a result of the greatest reverence accorded his august office, should do the honourable thing and go ahead and declare everything they have in their possession as in form of properties under their perusal but those who want to do the other words will face the full rigours of his wrath by disobeying his authority.

Declaration of assets as public officials in Ghana, is one of the most prioritised by the constitution of Ghana and it by that very mean that public servants most especially, the political class is carefully checked with issues relating to wrongful acquisition of wealth in the country at the detriment of the poor.

Some officials in Ghana do not feel obliged to declaring their assets under the pretext of being caught after serving their tenure of office. It is at the backdrop of such notions that many of them feel reluctant to state publicly what they have acquired as private individuals before assuming political office or the other. Due to their fear of being prosecuted either in a case of corruption or illegal and unlawful means of properties bought or gained during and after their stay of office.

It is quite mind blowing as to how some people would assume public office for more than five years and yet still, feeling adamant to telling the world what he has in his possession as wealth acquisition. In Ghana, our political class feels they are above the laws of the country and because of that, they try to maneuver the laid down stipulated dictates of the country which mandated them to doing the right thing without being judged by those who voted them into the political limelight.