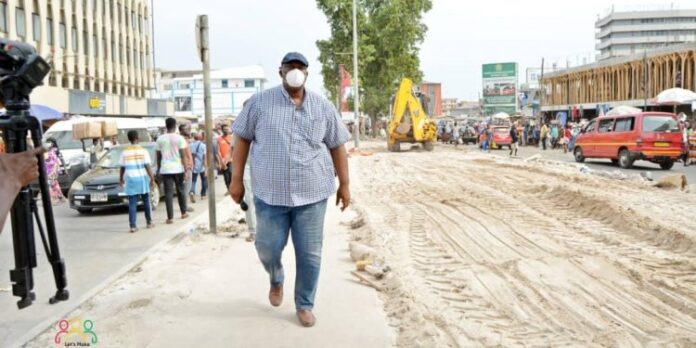 The Greater Accra regional minister, Hon. Henry Quartey, has given the strongest indication yet that, there is no mercy for the cripple under his watch anymore as he vehemently vows to deal with traders who will return to the street after Easter celebrations.

The minister is daring the traders and hawkers at the Central Business District that, if they want to find themselves at the wrong side of the law, they should return to the streets and see how ruthlessly he and his task force would treat them brutality without having a compassion for anyone amongst them.

According to the minister, this time around, whoever returns to the street, that person shall severely be arrested and prosecuted.

Those who want to disobey orders restricting them from selling on the streets would face the full rigours of the law if or when they return to do business on the pavements in the Central Business District areas. Ghanaians are joining the rest of the world to commemorate the crucifixion of Jesus Christ on the Cross Of Calvary.

The minister stated that, he has given them to chance to sell and celebrate the Easter festivities but; enough is enough and thus: he would not tolerate or countenance anyone who will go contrary to the order barring the traders from selling in the open market.