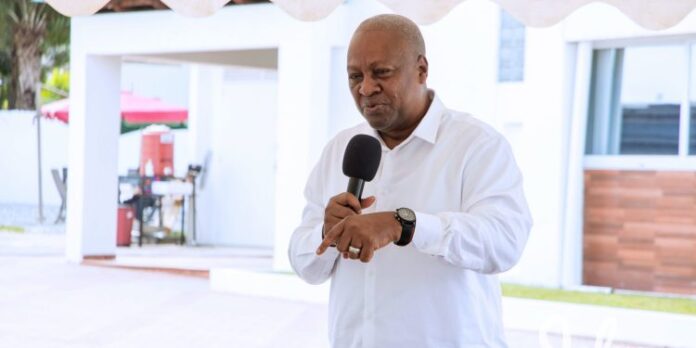 The former president of the Republic of Ghana, His Excellency. John Dramani Mahama, has described the verdict has a travesty of justice on the face of the law.

READ ALSO>>>>> Bagbin Has No Locust To Refer MPs To Privileges Committee – Opare Ansah to Speaker.

The former President says, he does not fathom what exactly went into the decision carried out by the majority judges on the bench before they ruled out that Hon. Quayson could no longer hold himself as a lawmakers in the august house.

The member of parliament for Assin North in the Central region, Hon. James Quayson, after a major decision declared the Honourable as an illegitimate law maker which has triggered countless pronouncements from the legal fraternity.