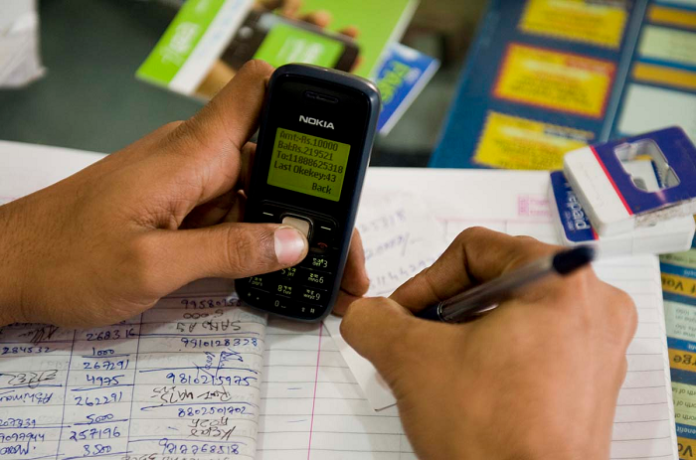 The quick attrition rate at the mobile money transaction has dropped significantly, is a major worry to industry players on the field of business.

Those business owners in the sector are counting their losses as to what might instigate the fast decline in the reduction of their profits. It is announced that, since the implementation of the e-levy, mobile money transactional centres are not cashing in as compared with the previous gains they accrued before and during such a repressive mobile money charges being leveled against the users of electronic financial services in the industry.

Some have attributed their sharp decline in the sector is as a result of people thronging in their various mobile money merchants to withdraw their savings and by closing with the intentions of shunning e-levy charges after withdrawals.

The charges being accrued are currently having untold hardships on the business owners because some of them contracted loans to establish their businesses before such a retrogressive decision was reached upon by the government of the day which is seriously affecting the progress of the mobile money transactional sector of the economy.

There are many complaints coming from the industry players insinuating that, if the government does not reverse its decision on the implementation of the e-levy charges, the sector may collapse because the business is no longer striving as those days where the system was smooth for the sector players whilst they were cashing in and others expanding their businesses because it was booming but now, everything has grinded to a total halt thereby causing some of them to resort to different means of meeting an ends meet.

The finance ministry indicated shortly after the implementation that, over several billions of cedis had been accrued since the implementation of the e-levy came into force. But as the industry players are kicking against the sharp shortfall on their economic gains, it is the profits to be gained which is declining and how would they be able to maintain the robust system of the financial sector: accounting for the marginally loss of their respective profits towards further business growth.

Financial economist are predicting that, if the government does not formulate pragmatic steps to maintain fiscal stability in the sector, the margins and gains of the mobile money business sector, are likely to drop a bit further.