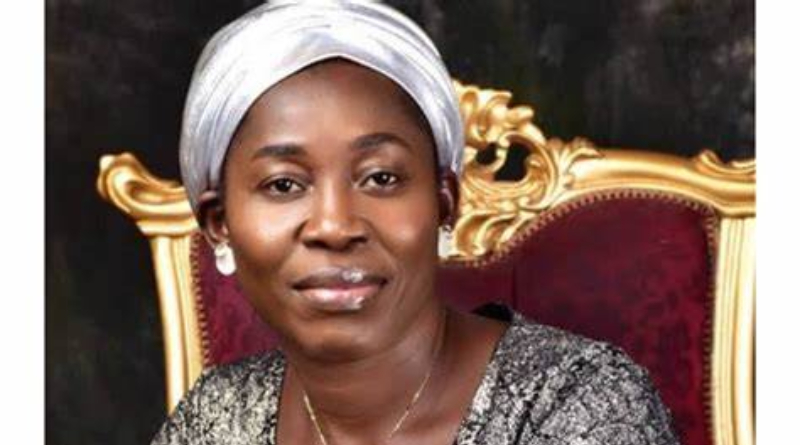 According to a recent report gathered by the Cable News, an unnamed housemaid to the deceased popular gospel singer, Osinachi Nwachukwu, was granted an interview where she revealed what she knew about her boss’ marriage.

The housemaid, who claimed working with the family for about one year, said, “Osinachi Nwachukwu always leave the house for church whenever her husband starts his trouble.”

According to the maid, she can’t give an accurate information on if the husband has ever physically assaulted her but she knows certainly that they often have misunderstandings. Another neighbor, a stockfish seller, hinted that the husband often insults her with derogatory term like “smelly woman” and the likes.

In a related development, the twin sister to the deceased made it known that the deceased singer was warned but she kept thinking things will eventually work out in her marriage until her sudden death. 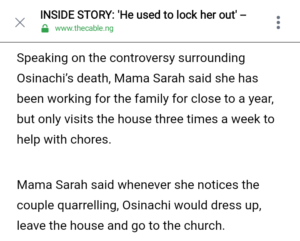 Presently, the federal government has intervened and assured the family that the husband will be made to face the full wrath of law if found guilty.