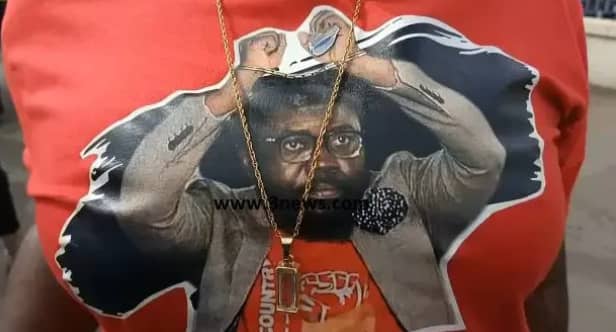 A convenor of the fix the country movement, Oliver Bakah Vormawor, was yesterday arrested and detailed.

This time around, he was not arrested on charges of war mongering or causing fear and panic but rather, the police officers have been putting a closer eye on his movement as the name of his group suggests.

The police officers yesterday, arrested him after they spotted him flouting traffic regulations on one of the highways in the early hours of the day. After his arrest, he was told in a plain language that, they were not on political witch hunting agenda but rather, he was seen jumping traffic which could endanger the lives of other motorists.

He was charged on charges of reckless and inconsiderate driving and as he was told as such, he came back to his five senses and realised what he did was not the most appropriate thing and in the process, he showed some level of remorse promising not to repeat such a conduct perceived to be dangerous. Upon learning of his arrest yesterday, many concluded that, he was been pursued because of his political conviction.

But later when he posted elsewhere, it was quite clear to those suspecting a foul play on the part of the police officers to conclude that, political victimisation was not considered in his arrest and detention yesterday. It is all for peace and tranquility to prevail in our country and that is the reason why some people have been championing free speech to be exempted from gagging the general public after an opinion is expressed by an individual contrary to the views of government on national issues.