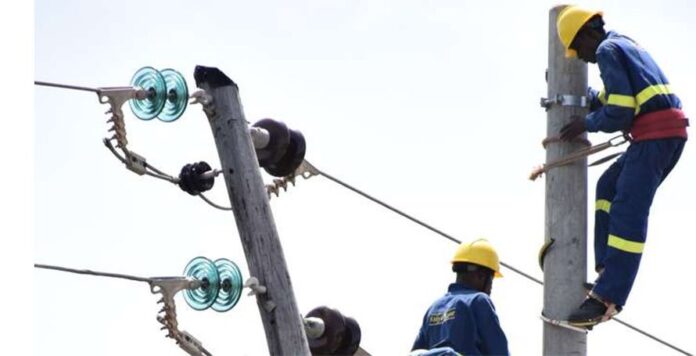 It has emerged from fair and square operations embarked upon by the officials of the Electricity Company of Ghana, ECG, in the Western Region during their revenue mobilisation engagements that, a whopping quantum of power users in the region, have been utilising power illegally.

The ECG officials disclosed that, on Monday alone, 5th September, 2022, they recovered over three million Ghana cedis from power defaulters in the region amounting to being the highest ever retrieved from any other jurisdictions since they initiated such a laudable undertakings.

The company stated that, its officials who have been assigned to verify if the community members are paying for their usage of their power supply, they disclosed that such individuals have been placed on the national grid system of power electrification but clandestinely, they tampered with the system of metering devices where their utilisation of power does not reflect in the metering devices system of the Electricity Company of Ghana, ECG.

The officials therefore stated with an anger that, the criminal activities being undertaken by such suspicious characters in the area, does not help in building power stability in the region as a whole because stealing power from the company to avoid paying for it, it is an act that is tantamount to jeopardise the prevailing operational challenges of the company and if conscientious efforts are not being made to forestall such banditry, it could cripple the safety and security system of the company in the region.

Sekondi Takoradi Metropolis areas are known to be a hub for countless notorious miscreants and hardened recalcitrant members of gangsters who lure the gullible in society for demeaning activities while in many cases, at the blind side of their parents.

But as the power theft behaviours exhibited by the residents in the region most especially, those residing at the Sekondi Takoradi Metropolis areas has been exposed with prima facie evidences, it is not yet revealed if those found culpable in the case are going to be prosecuted to serve as a deterrent to others who may be interested in doing same with an impunity.