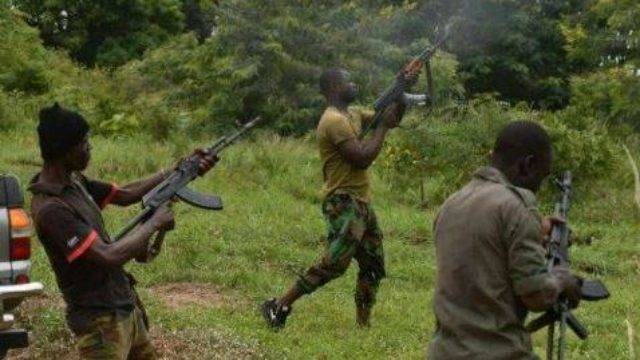 The Minister of Nigeria’s Interior, Rauf Aregbesola has indicated that, terrorists in their large numbers have overwhelmed the strength of some sixty five Police and Military forces who were dispatched and detailed to maintain law and order at Kuje correctional facility.

The alleged gangsters and bandits, have been a thorn in the flesh of many African countries as they maneuver and incursed through their ranks to foment troubles by causing chaos and vandalism to lives and properties for innocent people.

The invasion of the said lawless notorious miscreants whose aim is to cause instability and destabilising the country where peace and security will be a scarce commodity, stormed the correctional facility of Kuje State, Nigeria where the suspected riffraff rascals willfully broke down the doors and extricated all the people claimed to be their members under detention in the prison to escape unhurt.

According to the minister of the interior, Honourable Rauf Aregbesola, he received some credible and reliable sources that, the emancipation of those prisoners detained at the Kuje prison, after the invasion of the alleged Islamic militants, became possible because certain faceless characters in government and elsewhere, provided and divulged informations to the boko haram terrorists group which led to the mass freeing of their hardened criminally intent members after committing heinous and nefarious criminal activities against humanity.

Boko Haram Islamic militants, have been the headache of many African leaders who are planning and devising various pragmatic and stringent measures to be put in place so as to combat the illicit activities embarked upon by the diabolic group members of Boko Haram who have been threatening the safety and security of many people most especially, those living on the lands of African countries.
Source: www.ghbuzznews.com