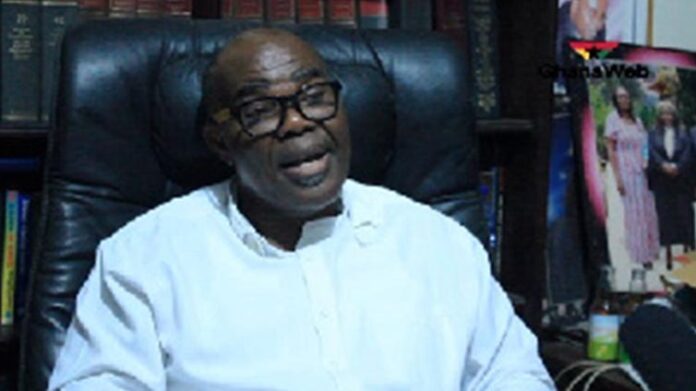 A former minister of justice and Attorney General in the erstwhile Kuffuor era, has lambasted the current minister of national security for knowing nothing or little about legal issues relating to how the judiciary administers justice in the country.

Hon. Albert Kan Dapaah, who is the minister for national security, has received a backlash from the former minister of Justice and Attorney General, Hon. Joseph Ayikoe Otoo, for commenting on the adjudication of justice in Ghana without seeking legal advice from his superiors in the legal jurisprudence.

Hon. Ayikoe Otoo’s backlash galore against the minister for the national security, comes at the backdrop of Kan Dapaah’s recent admonition he lent “ignorantly” to the judges in Ghana that, their pronouncements on justice delivery in the Ghana, has become one side therefore, it is being assumed that, they are in bed with the governing NPP.

Hon. Ayikoe castigated the security minister for not thinking meticulously before making remarks on the matter publicly. Hon. Otoo advised Kan Dapaah to seek legal advice from legal luminaries who are well vested on legal proceedings before he utters such unjudicial comments into the public view.