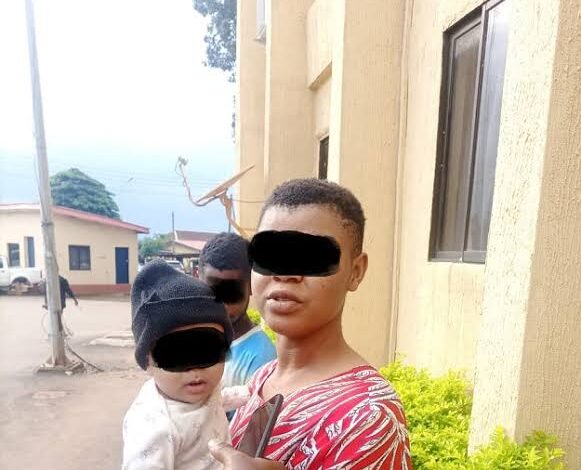 Strange and weird spectacles will not end anytime soon in this contemporary world since different kinds of human species are being born on daily basis with bizarre lifestyle and attitudes of naysaying about what nature has endowed them with.

It is all because, the quest for money from certain individuals across the world, continues unabated, to take a centralised portion of what goes into their decisions and actions.

There are those who will even tell you that how on earth do you expect them to have their biological children behind them and be suffering for money. What such irresponsible people are trying to insinuate could be interpreted in diverse kinds of ways depending on the individual understanding of what the fellow thinks should be the thought embedded in what has been figuratively suggested by the earlier party.

Those who are allegedly engaging in crooked means of acquainting themselves with the state of money potency so as to have an influence on other people in society, are also yearning for more similar avenues to proceed with the money making venture while some are also eloping their female girl child into different forms of immorality to make ends meet but in the luckily event of certain women, they intended to sell their children off secretly where they themselves could come out with their diabolic activities that their babies have been kidnapped or stolen from them when they finally get what they wanted for themselves.

That is a similar instance involving a mother of a five month old baby who has been clandestinely sold out by the mother when she decided to do it so because of her financial constraints she is enduring.

Though she sold her baby child barely five months after going through that excruciating moments to deliver the child, the woman embarked upon exchanging some few naira notes with the future of her biological baby at Ebonyi, Nigeria.

The residents of Ebonyi community in Nigeria, have been shocked and bamboozled with the sad drowning incident involving the mother of just five months who willingly sold the child with some meagre naira notes, has been heavily arrested by the police officers who have been informed about the wicked and malicious intentions of the mother after thinking that she could go escort free without any detention but, the police officers have shown her where the power of rule of law lies in Nigeria.