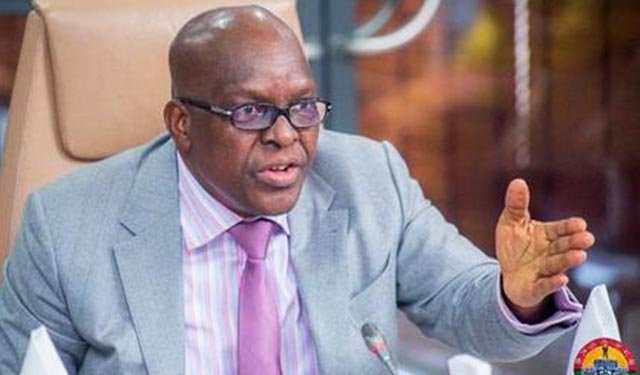 The speaker of Ghana’s parliament, Rt Hon. Alban Sumana Kingsford Bagbin, has come out to boldly take responsibility of the abysmal order of records in the house of parliament during Tuesday’s sitting when the e-levy debate reached a crescendo.

It is being argued dispassionately across the length and breadth of Ghana that, the majority side of the house had no locust or whatsoever on that fateful Tuesday evening to pass the e-levy bill which seeks to amongst other things, siphon money from the pockets of the poor Ghanaians who are already dying slowly due to the unprecedented economic debacle faced with the masses.

It looks as though the most thoughtful thing was not done on Tuesday when only one blind sided of the house spearheaded by Osei Kyei Bonsu passed the bill capriciously without any second thought of the financial repercussions it might cause to the Ghanaians.

Many people are accusing the leadership of parliament most especially, the speaker for not being on top of his job whereby allowing some vociferous members from the side of NPP do decide on what goes on in the lawmaking chamber.

As the speaker has realised that observers are not enthused about the misconduct and inappropriate content of procedure exhibited on the floor on Tuesday, he is now coming out to claim that, Ghanaians should hold him responsible for the poor record keeping of the attendance in the house on Tuesday.

Some people are wondering if he is talking to himself or he is just building a castle in the air. It is clear that, the voting system adopted by the house on Tuesday’s evening was totally polluted and contaminated beyond any reasonable doubt thereby losing greatly, the admiration from Ghanaians.