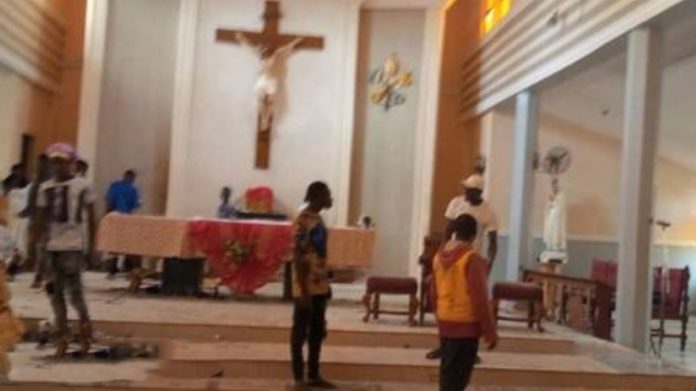 The rate at which the shedding of blood of innocent and vulnerable people, is on the ascendency in the Western African sub region which needs more urgent and pragmatic approach than ever thought.

The peace and security of many countries have been jeopardised as the deadly incursion of terrorists’ attacks continue to frighten many in their various homes and one of such nations which has faced such unending fatal and explosive salvoes, is the most populous country in Africa, Nigeria with closed to a whopping population of two hundred and fifty million people: overwhelming majority being the youth.

The unpleasant news keeps emerging from various parts of the country about the insensitive launch of insurrections by some suspected thugs and hoodlums, who have made it their daily routine activity to be gulping the blood of responsible people in society so that they would rather remain being ruthless and stiff necked.

Those who are eager to dedicate themselves to such heinous activities, have raided a Christian church where church service was ongoing but due to their complete disregard for humanity and their high level of notoriety, they invaded the church and gunned down countless number of religious worshippers without provocation.

Ondo state, a very densely populated community, witnessed such a dastardly spectacular where dozens were maimed and slain in the cause of church service without been caught in their illicit banditry. Such gun welding faceless elements took over the entire building where the members and their church leaders were in a moment of religious worship and locked up the entire edifice on the congregations and killed the number of them that they desired. The level of insecurity in many parts of Nigeria in general, has become volatile and fragile because, the military forces are not being able to contain the activities and incursions of their wicked acts because, their approach to dealing with those vampires is just a knee jerk one which is not yielding any profitable results which could bring a lasting solution to the raging issues of the dangerously explosive manner in which they terrorise the citizens.

General Mahamudu Buhari, promised long ago to eliminate every form of questionable activity undertaken by the terrorist group but still nothing significant is being seen at the war front but rather, such recalcitrant blood thirsty vampires are rising in day in day out with their nefarious activities; making the country ungovernable and a no go area for the heart fainted. Boko Haram terrorist group, is strongly believed to be behind this malevolent act meted out to the worshippers who were in worship before the gunmen stormed the church and slaughtered a larger number of the congregants with an impunity.