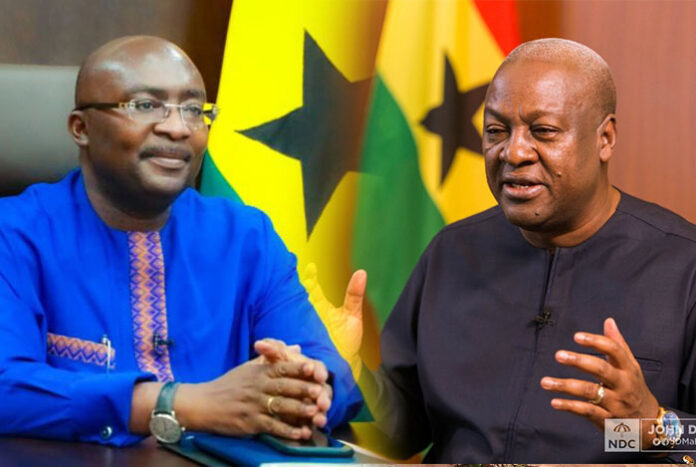 It seems the vice president of the Republic of Ghana, Veep Mahamudu Bawumia has come under a severe barrage of an attack as the current economic status of Ghana looks doom, despondency and gloom.

The much touted economist who was active in rubbishing every form of measure adopted by the erstwhile Mahama in managing the status quo of Ghana, has gone virtually missing when it comes to matters pertaining to the financial related issues of Ghana.

The former president John Dramani Mahama, has waded into the calls by those who are asking of the whereabouts of the vice president. The ex president JDM is mocking the vice president for presiding over a debilitating economy as if his antics and variable gymnastics have been incarcerated by the quick and fast depreciating manner in which the local currency falls.

The former President pointed it out that, the vice president has been arrested with full force by the military forces of the dollar and if not, he would be the one outlining prudent measures being taken or adopted to fast track the arrest of the falling of the Ghana cedis which is losing weight and value in the Ghanaian markets.

Many economic observers have resorted to describing the vice president as being “A pocket economist who is only good at being an opposition leader”. The current of Ghana which is the local cedi, is losing weight against major foreign currencies in the global financial standing.