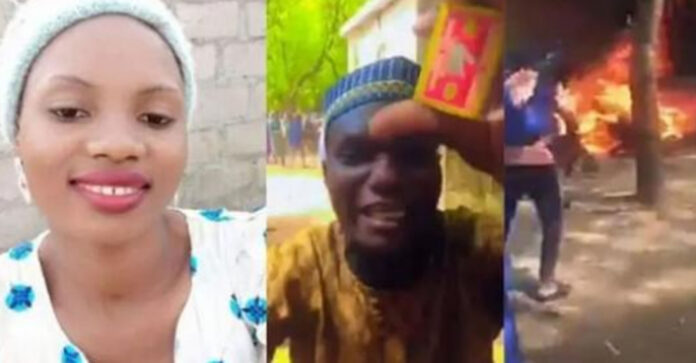 The police officers in the Nigerian town of Sokoto, have announced earlier yesterday that, after two months of some questionable individuals murdered Deborah Samuel

at the teaching training college, they are still searching for the murderers of the fine lady who suddenly lost her life to people who claimed to have killed her on charges of blasphemy against prophet Muhammad about some few months ago.

Yesterday, the police officers indicated that those they are not leaving any stone unturned, they are mandated by the constitution of the country to arrest anyone involved in a criminal case with an imperical evidence before such persons alleged to have committed a crime are finally arrested and that is the main reason why they are not arraigning the suspected people before any court of competent jurisdiction.

Deborah Samuel was recently blamed by some disgruntled members of the Islamic community in that remote parts of Nigeria on ground that she used some imprintable words that were thought to be blasphemous against the personality of prophet Muhammad who founded the Islamic religion but other respected and faithful moslem clerics believed what was done on the life of the slain Deborah Samuel was unquoranic and unislamic based on that,

they are also in full support of those alleged to have murdered the lady because prophet Muhammad himself was persecuted on many occasions but he never took the laws into his own hands and avenge himself.

According to the release by the police administration, they announced their readiness to bringing lasting solutions to numerous killing murder cases awaiting further stressed at their jurisdiction as a way of restoring public confidence in the police officers and their management but the public individuals should also assist the police officers in providing credible informations that would lead to the arrest and prosecution of those implicated in the case.